Began where I left off on Route 68 after yesterday’s uphill walk.

I walked another mile uphill to Union Pass – Elevation 3,571 ft.  While I walked, new volunteer Jim Richards captured both some photos and videos of me walking to fulfill a request from Santa Fe NM event organizers for this. 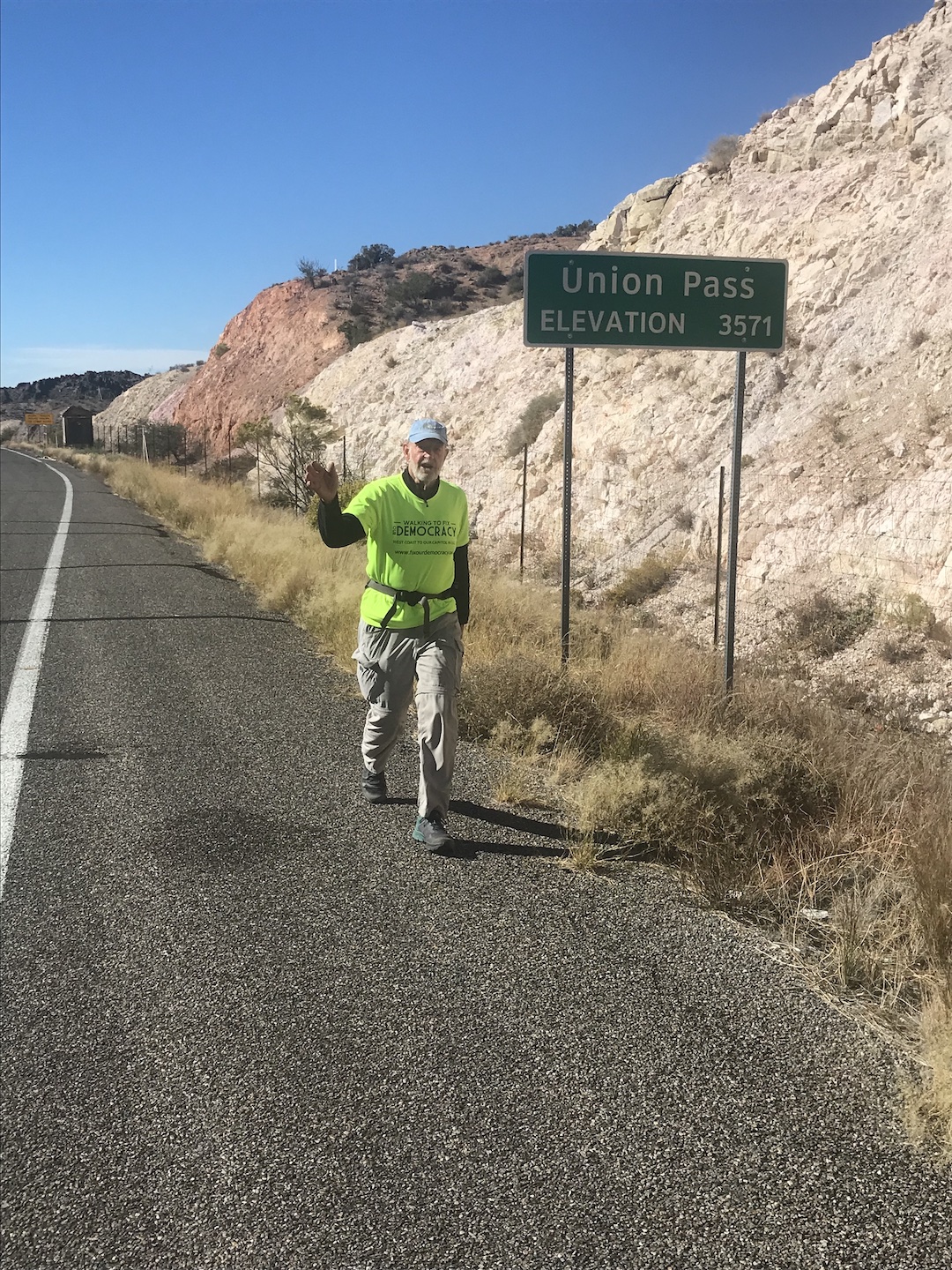 After that, it was all downhill to the Golden Valley, ending a bit past the 76 filling station. Another 10 mile day completed.

En-route, Jim and I stopped at one of Golden Valley’s RV Parks.

We spoke with Bob who is taking care of the office at the RV park. I asked him to tell me a little about the valley and it’s appeal. He said the RV park recently changed ownership. Business groups with money are buying up RV parks and then making changes that basically allow them to extract ever more money out of the people that are renting and staying in the RV parks.

Problem is, that according to Bob, many of the people staying at these RV parks  are already right on the verge of not being able to take care of themselves financially. There is not an awful lot left to extract. But large Business groups will extract more money anyways,  even though the people they extract from don’t have much to give.

As I left, I met Joseph walking back to the park from the gas station a half mile or so ahead. Joseph is from Oregon, and he moved from Oregon down to Las Vegas, then down to Bullhead city and then over here to an RV Park in the Golden Valley.

Joseph is always searching for a less expensive option to live on limited funds. Just another example of what’s going on in America today when Congress doesn’t do its job and doesn’t make the economy work well enough for a large percentage of Americans.