I started walking late after driving the support RV and tow car forward from Laughlin NV to an RV Park in Kingman AZ and then returning with the tow car to where I left off yesterday. near the low point of Golden Valley on Arizona Rt 68.

It was becoming increasingly windy as I began walking. According to the Weather app for Golden Valley, the wind was steadily increasing to 25 to 35 miles an hour with gusts to 50 mph.

The stronger gusts were picking up sand and small pebbles that stung my face and forced me to close my eyes.

I tried wearing goggles for a bit, but while they protected my eyes, they made me look like someone from another planet, and when I’d wave at passing cars, only about half the normal number would wave back. So eventually, as I walked uphill toward Coyote Pass, I took them off.

The strongest gusts, plus some rain, came as I neared the top of Coyote Pass at Elevation 3,737 ft. Some were so strong, I was leaning into the wind at a pretty steep forward angle, and not moving forward very fast with each stride. 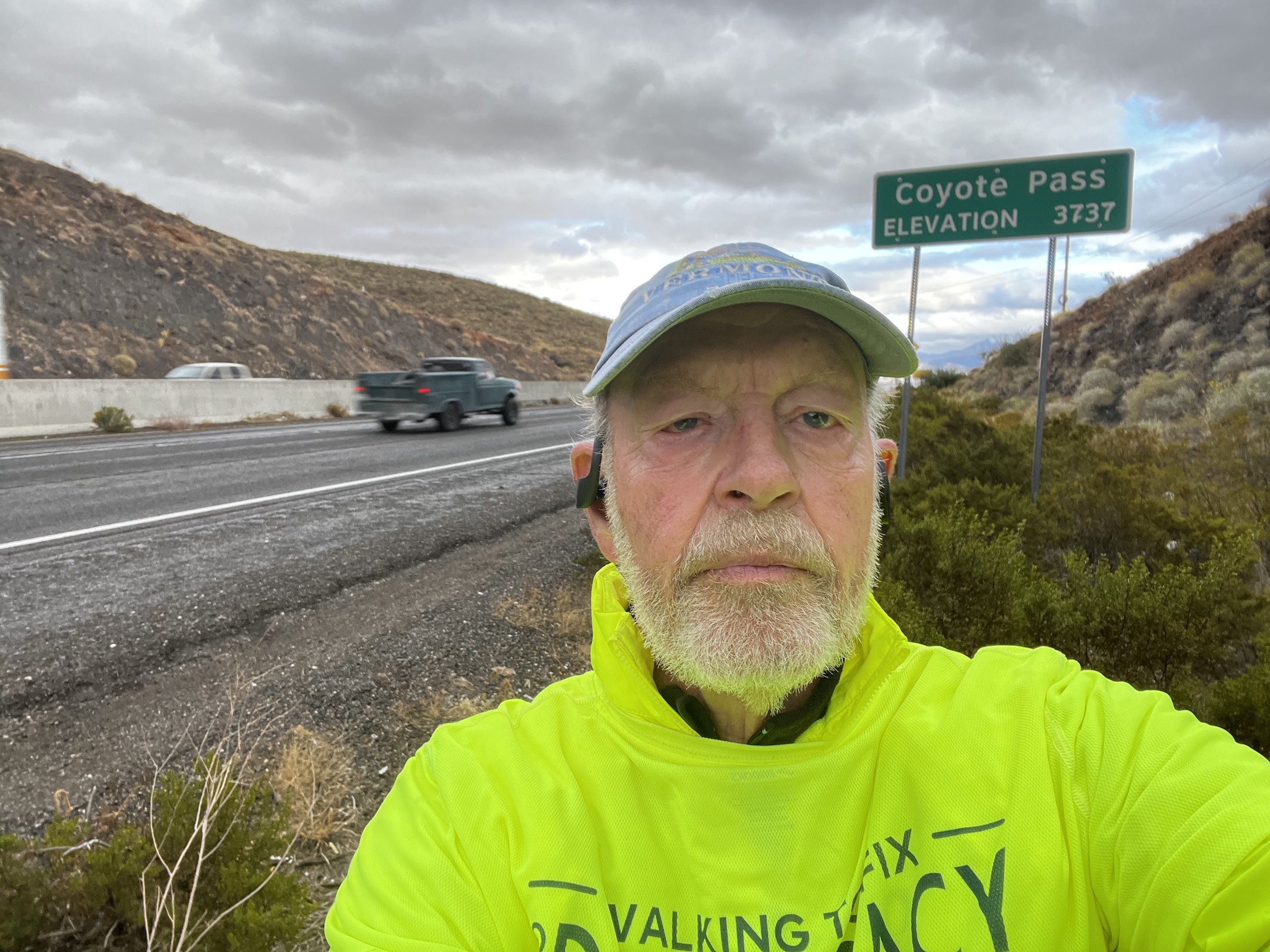 I topped the pass and headed partway down the mountain toward southwest Kingman. Just as I reached 10 miles for the day, gusty rain got heavier, so I ended the walk with another mile and a half downhill to go tomorrow before I’ll cross under Interstate 40 and intersect with Rt 66 that I’ll begin walking northeast on again tomorrow.

Since today is Election Day in Arizona as well as across America, after we finished the walk we drove to a polling place near our RV park. In Arizona, signs clearly state that no-one other than voters and polling officials are allowed within 75 feet of the polls, and those who have voted must immediately clear the area.

A woman who had just voted and was walking toward her car was happy to have me take her photo while showing me her “I just voted” sticker. 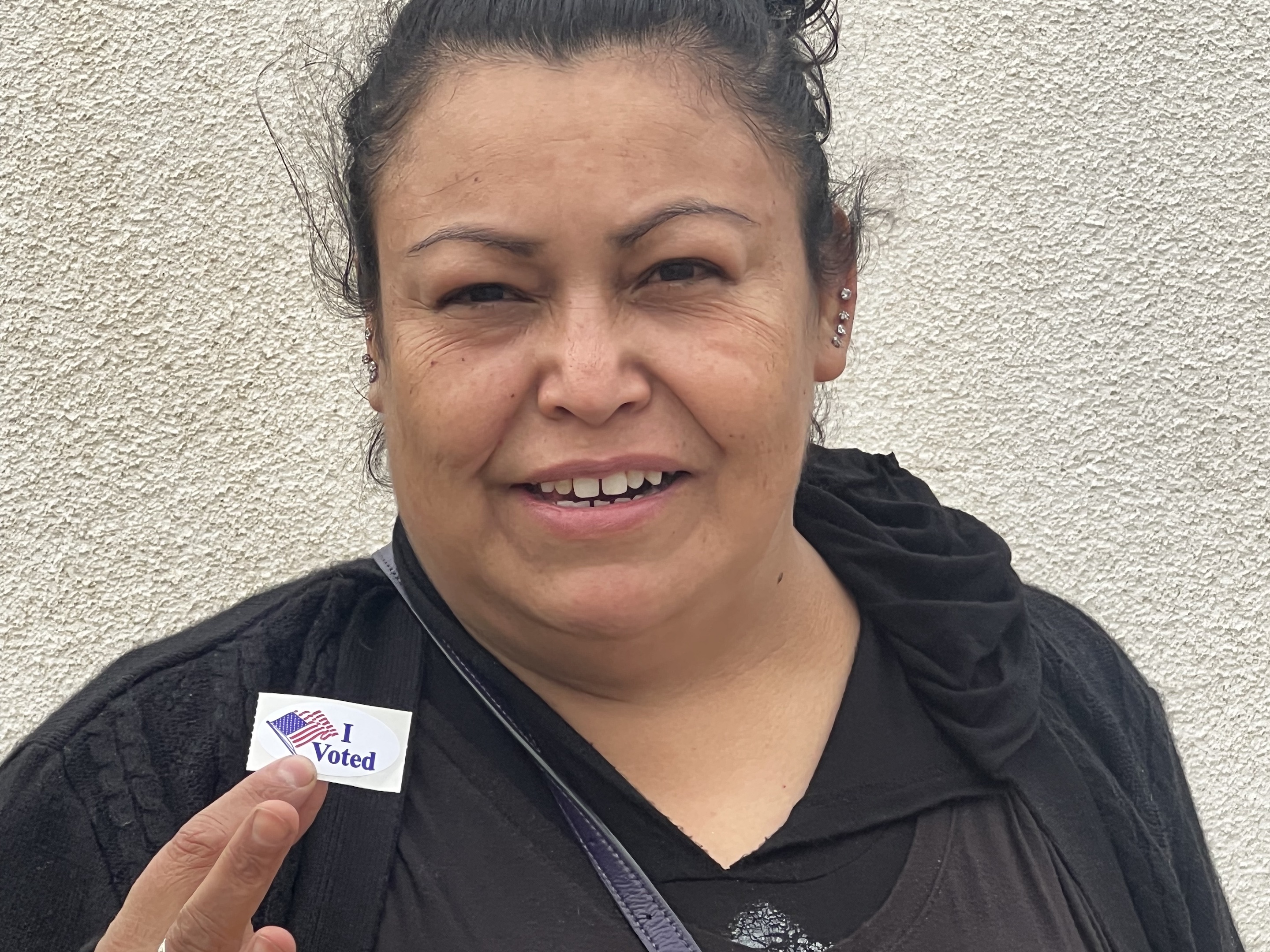