After supporting the Veterans Day parade in Kingman Arizona, volunteer Jim Richards and I hooked up our tow car and headed south almost 200 miles to Phoenix.

We came to support efforts by Voter Choice Arizona, Save Democracy Arizona, and others to give Arizonans the opportunity to adopt a primary open to all Arizona voters with all candidates on a single ballot.

When enacted, Arizona voters will send the top five vote getters to a general election that uses ranked choice voting to ensure whoever wins will have a majority of all Arizona voters in support.

If adopted, this will finally make the Arizona election process benefit its voters instead of primarily the two major political parties as at present.

You can view and hear remarks by Kazz, me and Krista below.

And you can read a copy of my remarks at the following link.

States, which set the rules for how elections are conducted, are where we citizens have good opportunities for improvement.

It's telling that these improvements are not being proposed by the Arizona legislature. These are the people Arizona citizens have elected to represent their interests. When they fail to address compelling citizen interests to make the primary and general election process more fair, equitable, inclusive and competitive, it's up to the people to take action.

So hats off to individuals like Kazz Fernandes, Krista Potenza, and all the other citizen volunteers striving to have their elections work better for Arizona citizens instead of for a majority of elected politicians and their major parties.

Since Sunday, November 13th, happened to be Kazz's 32nd birthday, we surprised him with a birthday cake for all. 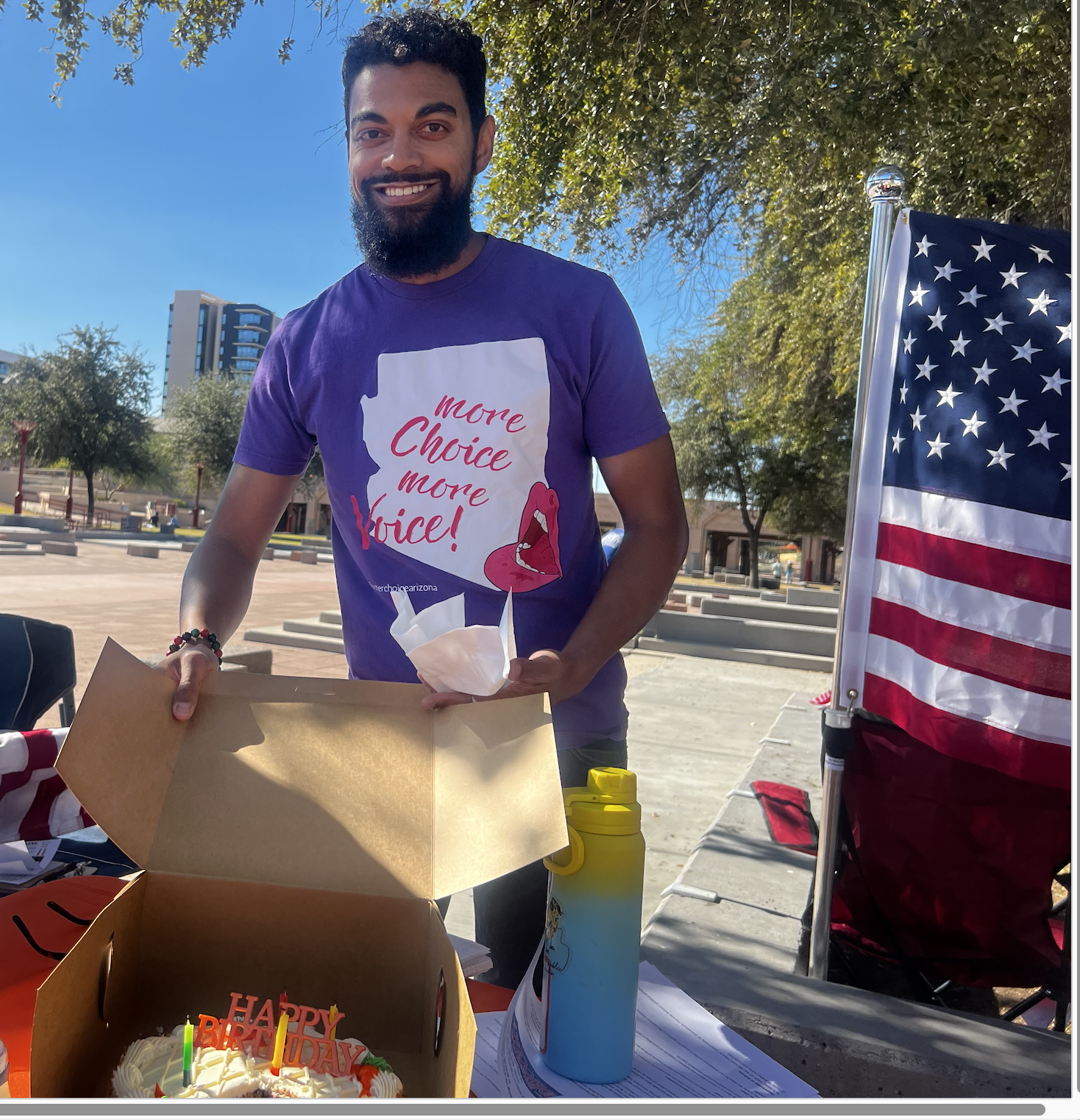 And here's a photo of Krista explaining ranked choice voting in detail to listeners. 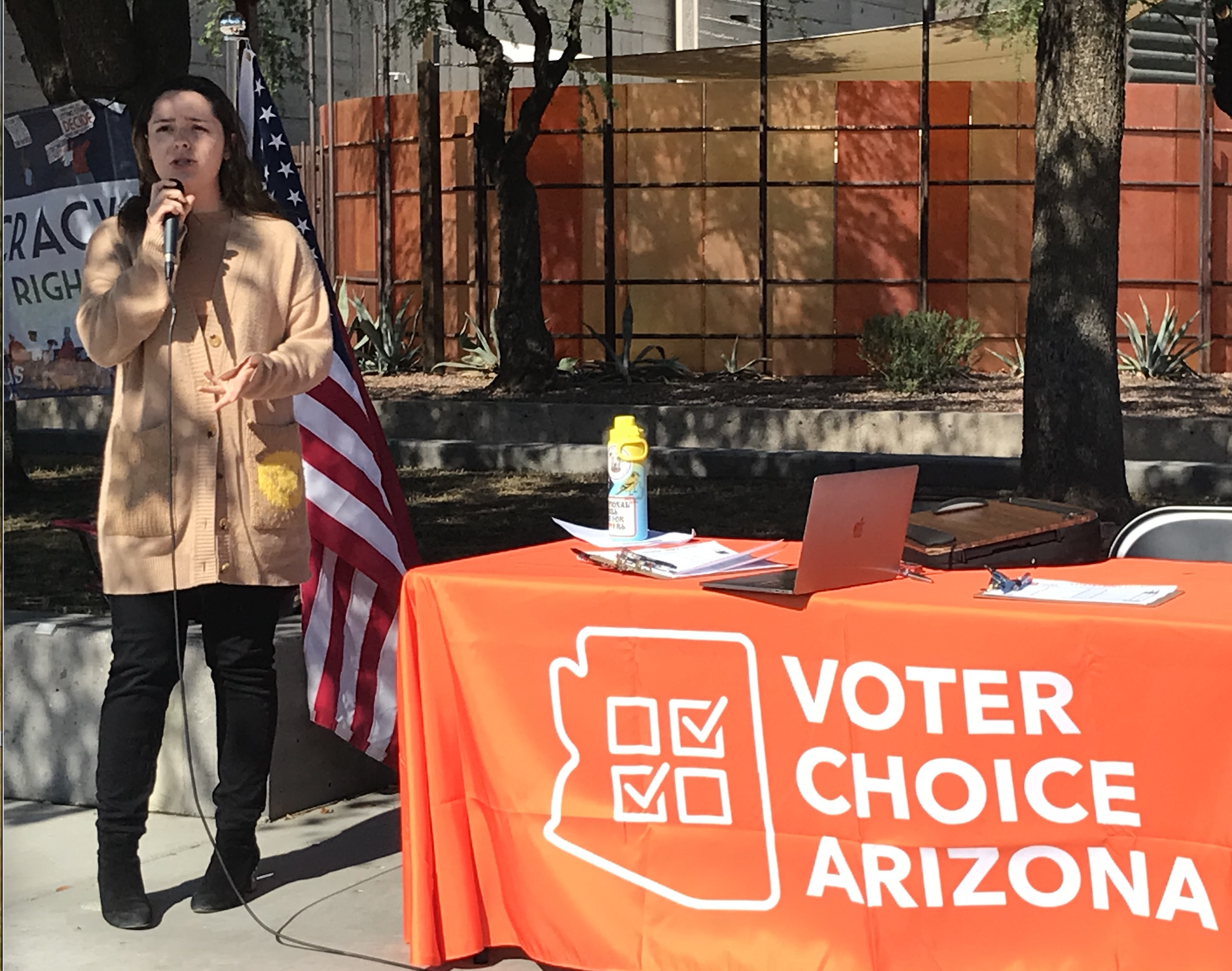