Yesterdays high winds and heavy rain continued into mid-morning so I re-started my walk on Rt 93, just east of Coyote Pass and headed downhill and into SW Kingman AZ

After yesterday's rain, the skies are crystal clear, and the views are gorgeous. 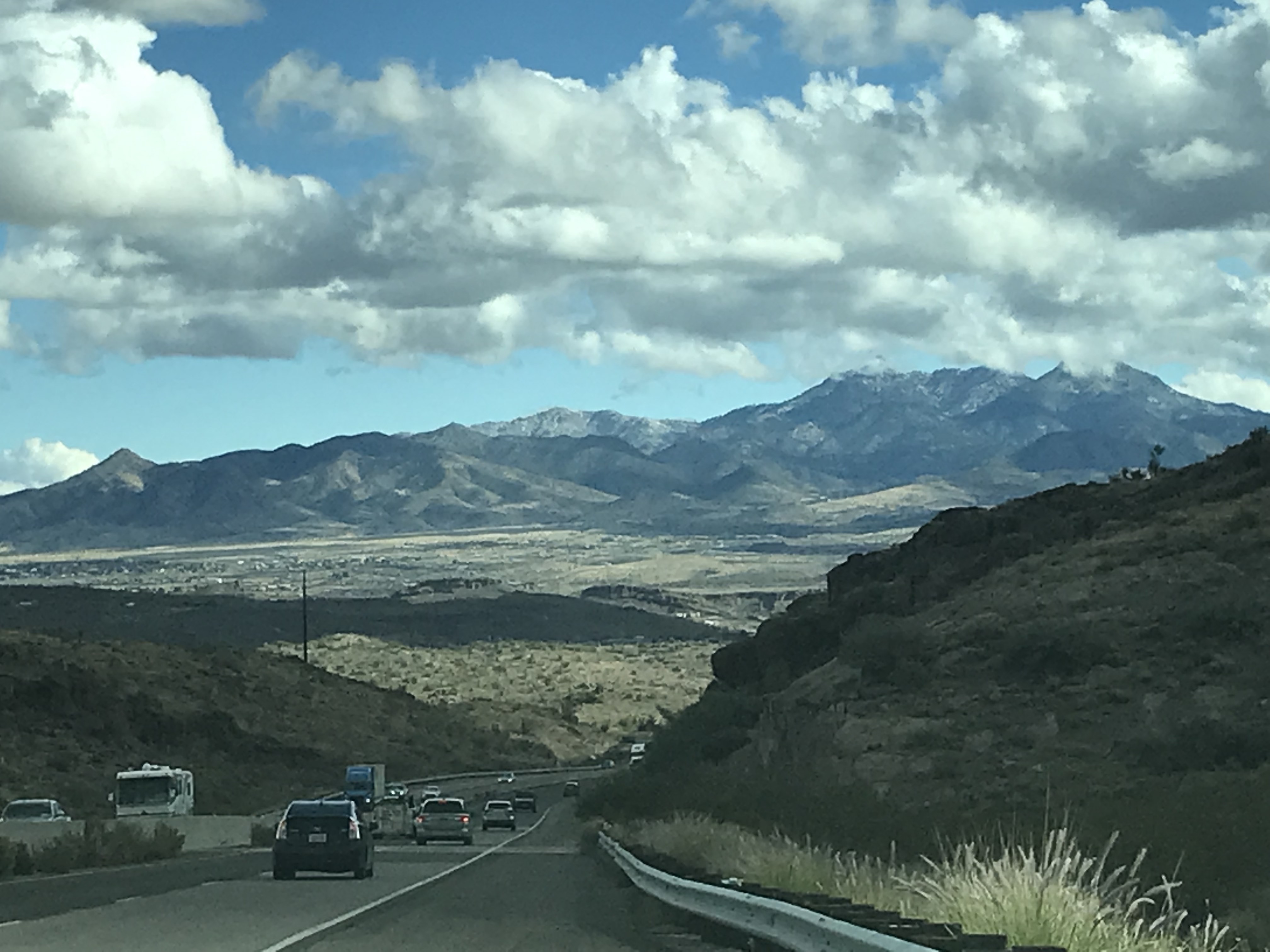 I began today with a new addition to the walking routine. Jim had figured out a way for me to display an American flag as I walked and still have both hands free. 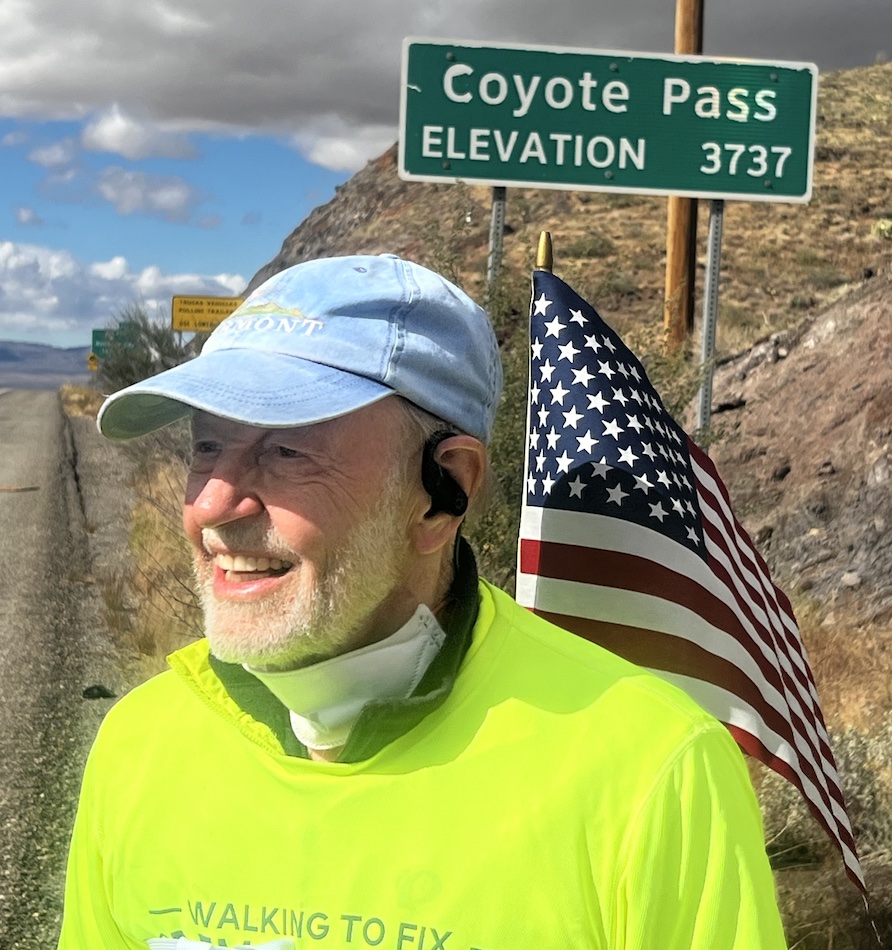 It worked, and it was hugely effective.

I always try, as much as possible, to have eye contact and wave at folks in passing vehicles. But even with my day-glow shirt and messaging about Walking to Fix Our Democracy, it's hard for passing motorists to absorb what I'm up to. I've been getting waves back or horn honks at most, about half the time.

No longer. Now that I've added the flag on top of everything else, I'm up to about a 75% response rate. Woo-hoo! Jim's innovation has been "market tested!"

On my way downhill in to Kingman, Jim and the tow car he was driving encountered a problem. When Jim pulled over to wail while I walked, it began to have starting problems and soon wouldn't start at all. Battery failure. I kept walking, but left my credit card with Jim who attended to the problem.

In Kingman, I crossed under I-40 and continuing on route 66 which immediately passes through historic Kingman where all things about historic Rt 66 are extolled. Beautifully restored classic cars from the 1950s are on display in abundance. One sees classic police cars, classic tow trucks, a classic diner, classic railway engines and cars, and more.

About two hours and a newly replaced battery later, Jim caught back up with me at about my 6 mile mark.

As I was about to cross an intersection I heard running footsteps behind me.

Will Roller, a reporter with the Kingman Daily Miner newspaper had been sent by his editor to catch up with me and find out what Walking to Fix Our Democracy was all about

So Will, Jim and I enjoyed a much needed hour and a half break in a nearby restaurant while Will peppered us with questions.

It was getting late when I again began walking, so I fast-walked the final four miles as the sun set and twilight deepened into darkness.

Here's big shout out to another super-volunteer Jim Richards for both his driving, advance work, and creativity assistance, as well as for dramatically raising our eating standards this week. I'm enjoying meals from a passionate chef this week.

That’s all for today. Tomorrow we’ll log another 10 miles heading northeast out of Kingman on historic Rt 66.

At about 6 miles I heard footsteps

Will Roller with Kingman Daily Miner Newspaper caught up with me. His editor had sent him to track me down.

Jim, Will and I spent about an hour and a half in a nearby restaurant.

I ended the walk just before six and just before last light after sunset. The walk ended just short of the airport on route 66. Jim can find where we left off and guide me back in the morning.

Shout out to Jim Richards for both his driving and advance work assistance as well as for dramatically raising our eating standards this week.

That’s all for today. Tomorrow we’ll log another 10 miles.