Activism for Reforming Our Democracy

Hello! I’m Rick, or more accurately Rick Hubbard, a native Vermonter, retired attorney, and former economic consultant, now living in South Burlington where I write and am an activist for reforming our democracy to better serve the common good of its citizens and our national interest. 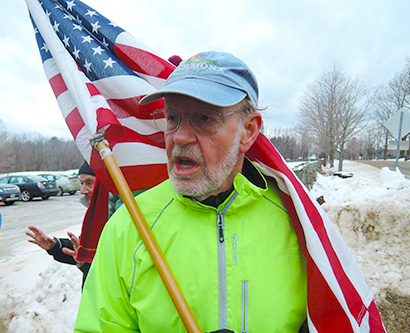 Improving the structure and financing of our political process, which sadly has greatly deteriorated “on my watch,” has long been my passion.

As a senior citizen, now beginning my 9th decade, I seek to use whatever time I have left to help jumpstart improvements. 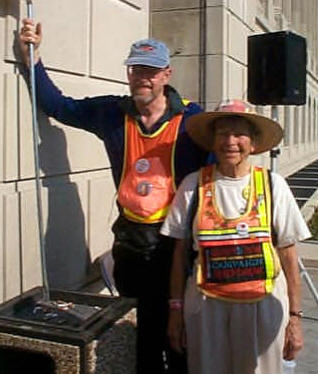 During 1999, I briefly joined 89-year-old “Granny D’s” 15-month walk across the entire United States to highlight the need for campaign finance reform. For a week I walked with her in Kentucky.

Her walk inspired me, so I decided the least a then 58 year-old could do was walk some 450 miles around three sides of Vermont to similarly advocate for the same issues through interviews and stories with more than 50 radio, newspaper and television outlets as they covered my journey.

As part of this walk, I qualified across all party lines to raise these and other issues in the 2000 U.S. Senate race against Jim Jeffords.

More recently I’ve joined other activists to support Lawrence Lessig and The New Hampshire Rebellion as we encouraged New Hampshire voters to ask 2016 Presidential primary candidates the question: “What specific reforms will you advance to end the corrupting influence of big money in politics?"

Subsequently, from April 2–15, 2016 I walked in support of Democracy Spring’s massive 140-mile march from Philadelphia’s Liberty Bell to our Capitol in Washington D.C., to demand that Congress take immediate action to end the corruption of big money in politics and ensure free and fair elections in which every American has an equal voice.

Once there, I was one of over 1,200 citizens peacefully arrested on the steps of the U.S. Capitol in protest that our Federal political system no longer properly represents its citizens.

If you wish to know more about me, you can check out my personal website at www.rickhubbard.org